There are four main Rescue Organisations in the UK, Three have charitable status, and two source animals from either Hungary or Cyprus, and work in partnership with local organisations in those countries.

All are voluntary, and work many hours each week, trying to ensure the dogs health needs are met, welfare, assessment, rehoming processes, and hopefully second chance long term foster homes or forever homes for all their dogs.

As you would imagine, the costs of transporting, collecting, feeding, and veterinary care, particularly when first received are mammoth, and none of these organisations could exist without substantial philanthropy from Vizsla Enthusiasts.  So if you are fund raising at any time in the year, no matter how small, please consider these organisations as well worthy of your endeavour.  Each of the organisations are always looking for volunteers, spaced around the United Kingdom, to provide even a short term service, or be part of the logistics in getting an urgent response as and when required, as well as vetting new owners.

There are many reasons for dogs coming into Rescue, not all of them abuse and neglect, almost never the fault of the dog, but perhaps a change in circumstances of their human family, matrimonial issues, bereavement of owners, issues with children, lifestyle issues too competitive, human incapacities, or sudden financial distress.

It is also not unusual for high volumes of the throughflow of dogs needing a new home to be under 18 months of age, and may have lacked the time and engagement necessary to make them fully rounded and fitting in a family situation.

Vizsla Rescue, were formed as a Charitable Organisation to take on the workload which had hitherto been the objectives within the rules of the Hungarian Vizsla Society, and we maintain our links and actively support them with funding.

Hungarian Vizsla Welfare, were formed as a charitable organisation, that had previously been work undertaken by the Hungarian Vizsla Club in the UK who continue to financially support them.

Vizslamentes UK, is a charity working in partnership with Vizslamentes charity in Hungary and provide a rescue pipeline from dogs sourced there.

Vizsla Rescue Cyprus, have a Facebook Page, from where they perform a similar function as Vizslamentes, facilitating the import into this country of Vizsla for long term rehoming.

Click on the pictures and they will take you to the Organisations Web Page or Facebook link. 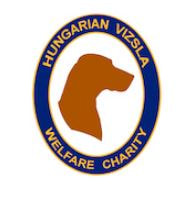 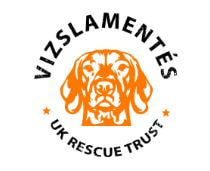